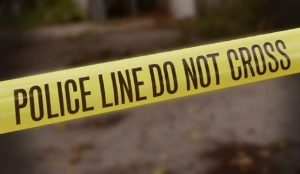 Detectives have arrested two suspects who defrauded a couple in Kiambu county over Sh716,000 in a Sim card swap scam June this year.

The suspects -Sabina Evelyne Nyanumba who is a student at Egerton University and 19-year-old Paul Nyabero Kilenya- were arrested in Nakuru’s Njoro sub-county during the last weekend.

“Their pursuit and subsequent arrest followed the June incident where a woman received a call from an unknown Safaricom number, and was made to believe that she was being engaged by a Safaricom customer care operator,” detectives from the Directorate of Criminal Investigations (DCI) said in a statement on Monday Morning. The statement was posted on DCI Facebook page.

Nyanumba and Kilenya lured the couple to reveal personal information. They then used the information to access funds in Mpesa and Cooperative bank  accounts in June this year.

“In the course of the conversation, the woman had been lured into revealing some personal information, which the fraudsters used to swindle Sh296,652 from her Mpesa and Cooperative Bank accounts,” Kiambu road based detectives said.

“The swindlers furthered their felonious agenda to the woman’s husband Mpesa and Cooperative Bank accounts, from which they withdrew a total of Sh420,570.”

Forensic data analysis by Kiambu-based Crime Research and Intelligence Bureau detectives working jointly with DCI liaison officers at Safaricom headquarters led detectives to the two suspects, from whom the mobile handset was used in defrauding the victims was also recovered.

The two suspects are expected to ve arraigned in court immidiately the investogations are complete.